This post is about a theme which some people are surprised even existed in early nineteenth-century literature: the Last Man on earth. Quite a few Last Men have appeared in popular culture over the last decade; think Snowman/Jimmy in Margaret Atwood's Oryx and Crake (2003), Will Smith as Robert Neville in the 2007 film adaptation of Richard Matheson's 1954 novel I Am Legend, and the Last Man-type figures in recent post-apocalyptic works such as Cormac McCarthy's 2006 novel The Road (adapted for cinema in 2009) and the 2010 film The Book of Eli.

Responding as they do to distinctly modern issues such as the rapid advancement of science, weapons of mass destruction, and the impact of human activity on the ecosystem, these recent books and films are very much a product of twenty-first century anxieties about the fragility of humankind's existence. It might come as a shock, then, to discover that the Last Man does not have his origins in the twentieth century, or even in the late nineteenth century, but in literature written over two hundred years ago, at the beginning of the nineteenth century.

In the short period between 1806 and the mid-1830s, the Last Man theme emerged, flourished, was mocked, and then died down (for seventy-odd years, at least) as quickly as it had appeared. The first Last Man text proper to appear in English was the 1806 translation of Jean-Baptiste Cousin de Grainville's 1805 novel Le Dernier Homme. This was followed in 1816 with Lord Byron's poem 'Darkness', and in 1823 Thomas Campbell published his own poetic interpretation of the theme, 'The Last Man'.

There was some controversy when this last poem was published as to whether Campbell or Byron had thought of the Last Man theme first; this ignited the reading public's imagination, and the literary journals of the time were filled with comments and articles speculating about the origins of the theme and asking whose was the last Last Man. 1826 saw a flood of Last Man texts hit the market as the theme reached its peak in popularity: these included Mary Shelley's novel The Last Man, Thomas Hood's satirical poem 'The Last Man', the anonymous Blackwood's tale 'The Last Man', and the anonymous poem 'The City of the Dead'.

In this year, John Martin produced a study of the Last Man theme, which he later reproduced first as a watercolour, then as an oil painting (see picture above). As more 'Last Men' were produced, however, so the genre became increasingly farcical, and the Last Man texts which followed over the next few years tended to be either mocking in tone or wearily derivative.

For readers new to the Romantic Last Man theme, I would recommend Shelley's novel as a good starting point. The story opens in 1818, when two friends visiting Naples discover some fragments of writing in the hidden cave of the Cumaean Sibyl. When translated, these fragments reveal the story of the Last Man on earth, Lionel Verney, and his tale makes up the novel proper.

His story starts in the year 2073, when England is a republic and people travel by hot air balloon, although other than these developments little else appears to have changed since the nineteenth century. Lionel explains how, after growing up in poverty with his sister, Perdita, he befriends the children of the former king, Adrian and Idris, and their acquaintance Lord Raymond. Lionel and Idris marry, as do Raymond and Perdita, and the group of friends live in harmony while Raymond rules the country as Lord Protector. Their idealistic lives are soon disturbed, however, by emotional betrayal, war, and then a devastating plague which sweeps across the globe destroying all in its path. Lionel and some of his friends initially survive, travelling across Europe with a group of fellow survivors, encountering false prophets, terrifying portents, and deserted cities as they go. After most of the travellers are killed by the plague, an accident wipes out the rest, and Lionel is left alone on earth as the Last Man.

Like a lot of Last Man literature (Atwood's Oryx and Crake included) , this isn't sci fi, so you'll be disappointed if that's what you expect. It is, however, a fantastic story which, especially in the second and third volumes, will keep you on the edge of your seat. I was hugely taken aback when I first read this novel as an undergraduate; I'd loved Frankenstein, but The Last Man seemed to me stranger, full of layers and intricacies which played on my mind for weeks after I'd read it and encouraged me to seek out some other Romantic Last Man texts. Nearly ten years later, I'm now writing up my PhD on this subject, and I am as passionate about these texts as ever.

I hope that this blog post inspires you to look at Shelley's novel if you haven't read it before, or to reread it if you've come across it in the past. Morton D. Paley has produced an excellent edition for OUP, but if you can afford it I'd strongly recommend Anne McWhir's edition for Broadview, which adds several other contemporary Last Man texts within its appendices. Please do let me know what you think!
Posted by Catherine Redford at 01:07 No comments: 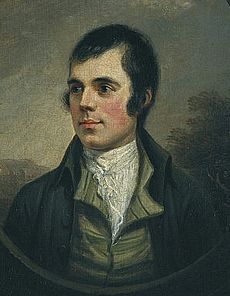 The University of Glasgow's Centre for Robert Burns Studies recently  launched the first phase of its new website for the AHRC-funded project 'Editing Robert Burns for the 21st Century'. The project will see the production of a new multi-volume edition of Burns's work, to be published by OUP, expected to take upwards of fifteen years to produce.

The  team behind this project seem keen to engage Burns scholars (and fans) in the editorial process, with the website featuring a blog which will be used explain editorial decisions, ask for responses, and perhaps even request information. This is definitely one to bookmark; it should be fascinating to see this project unfold as the first volumes are prepared for publication.

'Editing Robert Burns for the 21st Century' is by no means only for serious Burns scholars. On the contrary, I think that this website could prove to be a valuable teaching resource. In my experience, students can be rather scared of Burns - at least initially - but there is plenty on this website that could be used to engage them and make Burns more accessible.

The site features a video archive that currently features a short film of Dr Kirsteen McCue speaking to Tam Cowan about the scholarly importance of Burns, and which I'm sure will be added to in the coming months and years. Another great feature of this website is its 'Song and Music' section, which aims to celebrate Burns as one of the most prolific songwriters and song collectors of all time.

Volumes two and three of the new edition seek to address this aspect of Burns's scholarly significance, and this will be enhanced by the commissioning of some new recordings of Burns's songs. In time (recording is due to start later in 2012), these will be made available for free download on the website, but in the meantime there are four recordings of Burns's songs performed by Kirsten Easdale and Gregor Lowry available to download for free which certainly bring Burns's words to life.
Posted by Catherine Redford at 09:53 No comments: 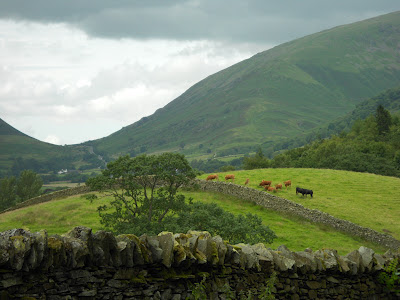 I've just returned from the 41st Wordsworth Summer Conference, a ten day annual event held in Grasmere. I had a fantastic time there attending papers, lectures, workshops, and excursions, as well as presenting my own paper - 'The Last Man and Romantic Archaeology' - and am very grateful to both the Wordsworth Conference Foundation and the University of Bristol's Churchill Fund for providing me with generous bursaries.

The quality of the papers and lectures was consistently high, but real highlights for me were Heather Glen (Cambridge) on Wordsworth's  'We are Seven' in the 1790s, Paula Feldman (University of South Carolina) on new poems by Mary Tighe, Oliver Clarkson (Durham) on 'The Mists and Winds of Michael', and Emily Stanback (CUNY) on 'Wordsworth's Admonishment and the Aesthetic of Human Difference'. Richard Gravil will once again be putting together of collection of the most popular papers and lectures of the conference, and I'll be posting a link to that on this blog once it's available. In the meantime, the 2011 conference proceedings can be purchased here in e-book format and here in paperback. 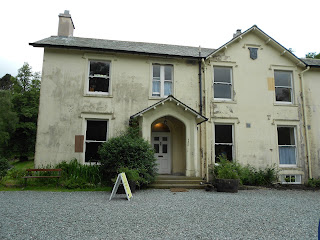 Every afternoon, as the fell walkers set out with their waterproofs and walking boots, I pulled on my pink wellies and opted for the decidedly less physical excursions on the minibus! As well as visiting Dove Cottage (by candlelight, a wonderful experience), it was also great to be able to explore two of Wordsworth's lesser-known former houses: Allan Bank (left) and Rydal Mount.

Allan Bank in particular was very interesting; I'd never been before, as it has only been open to the public for a few months following a fire at the property in March 2011. Wordsworth lived here with his family between 1808 and 1811, although it wasn't his favourite residence by any stretch of the imagination: he referred to it as a 'temple of abomination' when it was built! At the moment, much of the house remains undecorated, and a number of rooms are used as creative arts spaces. The National Trust - the owners of the property - are inviting feedback from the public concerning the future of the house, asking whether it should be restored or left as it is. I would definitely recommend visits to all three properties to visitors to the Lake District, as they all have something very different to offer.

A blog about the Summer Conference would not be complete without a couple of pictures of the badgers which visited the grounds of the hotel every evening - definitely one of my favourite things about my stay in the Lake District! 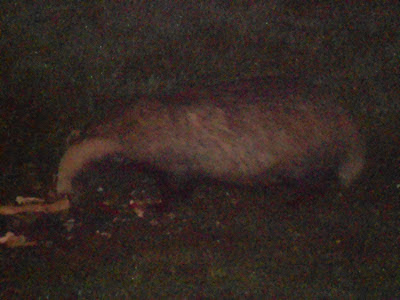 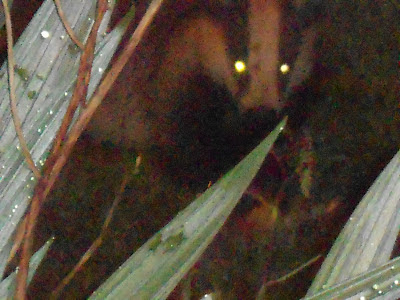 Posted by Catherine Redford at 03:28 No comments: